The Deschênes Group is recognized by the business community in Quebec!

It is with great pride that the Deschênes Group distinguished itself during the 37th edition of the Les Mercuriades business competition, winning the 2017 Mercure in the category "Development of a Web or Mobile Technology - Large Enterprise". The nomination of Deschênes Group in this prestigious competition is the result of several years of work devoted to the development and implementation of a Web and mobile solution adapted to the needs of its clientele.

We sincerely thank all of our staff, our business partners and clients who have all worked together in their own way and made it possible to achieve this recognition.

The winners of the 2017 Mercuriades were unveiled during a gala evening held on April 24, 2017 at the Palais des Congrès in Montreal. François Deschênes, President and Chief Executive Officer of Deschênes Group, said: "This recognition reflects the Deschênes Group's ability and determination to stand out for its commitment to technological development." Thanks to an investment strategy in cutting-edge technologies, the Deschênes Group ensures a personalized and value-added service to its customers.

Launched in 1981, the Les Mercuriades competition, organized by the Federation of Quebec Chambers of Commerce, highlights the accomplishments of the winning companies in 14 distinct categories. These awards are intended to highlight innovation, ambition, entrepreneurship and the performance of Quebec businesses. This appointment is in addition to the company's many other distinctions, including the platinum level in the "Best Managed Companies in Canada" competition sponsored by Deloitte. 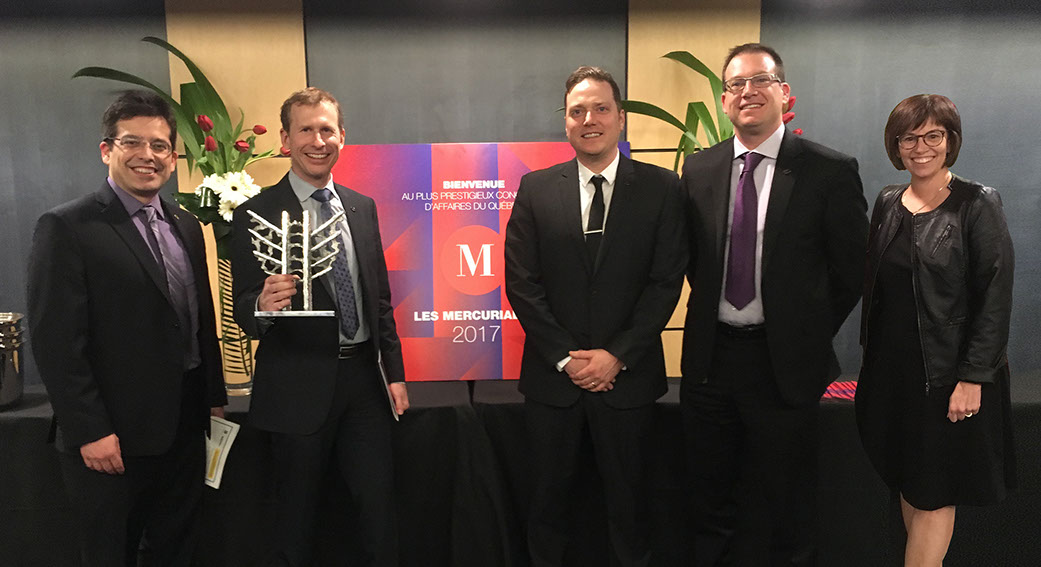